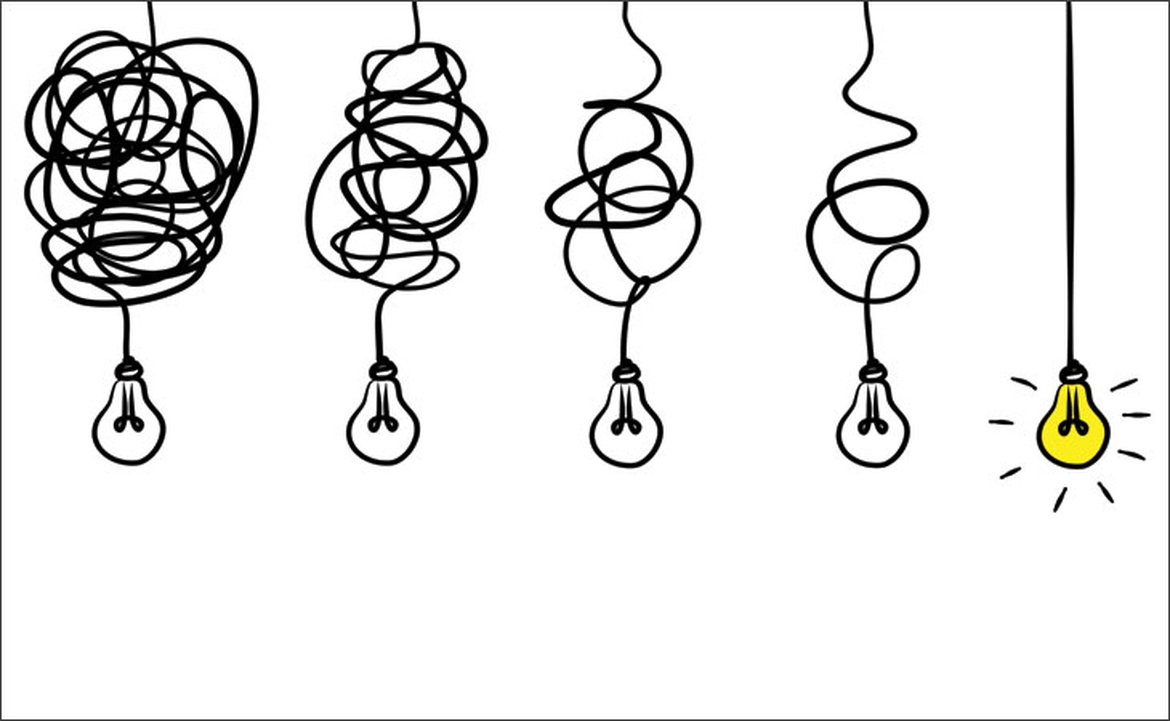 Ah, the new year. A time to reflect and refocus. A time to think about resolutions.

For some, it’s a better diet, less wine, more exercise. For others, it’s less screen time and more actual human contact. If you happen to be a descendant of Winston Churchill, more naps will definitely be on your list.

While those are all good and admirable, I put it to you that the most important one, bar none, is “plain language.” I know, I know, just reading that little phrase is making you positively jumpy with excitement, isn’t it?

According to PLAIN, the international association for plain language:

“A communication is in plain language if its wording, structure and design are so clear that the intended audience can easily find what they need, understand what they find, and use that information.” [emphasis mine]

While this definition was adopted in 2010, the idea of plain language is more than a century old. Back in 1887, a wise Scottish sheriff by the name of A.J.G. MacKay wrote: “Good drafting says in the plainest language, with the simplest, fewest, and fittest words, precisely what it means.”

Churchill, he of the afternoon nap, was also a huge fan. In 1940, smack in the middle of WWII, the famous statesman apparently decided the bombs could wait while he penned a memo titled “Brevity.” In it, he complained to his civil servants of the “mass of reports” they had to read. Nearly all of them are “too long,” he wrote. “This wastes time, while energy has to be spent looking for the essential points.”

Churchill’s bottom line: “Let us not shrink from the short, expressive phrase, even if it is conversational…the saving in time will be great, while the discipline of setting out the real points will prove an aid to clearer thinking.”

Well, if it was good enough for Churchill, who, according to President John F. Kennedy, “mobilized the English language and sent it into battle,” then surely it is good enough for the rest of us!

So, how exactly are we, in 2021, going to mobilize the English language? Let’s look back at that definition of plain language. Plain language promises to deliver three important things.

1. The intended audience can find what they need.

How many times have you received an email, a memo or some other document, only to find yourself wading through a good chunk of text before the writer finally reveals why they are writing? Wouldn’t it be helpful — in fact, wouldn’t you love it — if the writer had skipped the back story and put the real points, the essential points, as Churchill calls them, right up front?

Here’s a real-life example. A few years ago, I was delivering a writing workshop for the operations staff of a major office tower in downtown Toronto. My practice is to collect writing samples from the participants in advance; I use those samples to create exercises that we work on together in the workshop.

One individual offered an internal email in which he had devoted a good 10 lines to the background of the issue. Nestled half-way through the long, lone paragraph was this telling little phrase: “Long story short…” Here, then, was the crux of the communication, the real reason he was writing.

My advice was to start with the “long story short” and follow with the details. That way, the reader would instantly understand what the email was about, know why she was receiving it, be able to gauge its importance, and perhaps even start thinking about what she was going to do about it.

2. The audience can understand what they find.

Whether the intended audience can understand what they find depends, firstly, on who that audience is. Is the reader a high school graduate or a PhD? Do they have in-depth knowledge of the subject matter, a passing familiarity, or none at all? Will they understand technical terms or view that kind of language as exclusionary jargon?

Even accounting for different audiences, generally speaking, short, common words are best for the simple reason that most people understand them.

Lest you think that plain language is, well, plain or dumbed down, have a read of Companies with Benefits, a short business article from The New Yorker on the glasses company Warby Parker.

Or, if you’re game for something much, much longer, try Sapiens: A Brief History of Mankind by Yuval Noah Harari. You may not agree with everything Harari says, but it’s hard to deny that he expresses it well. Here is Harari’s opening paragraph:

About 13.5 billion years ago, matter, energy, time and space came into being in what is known as the Big Bang. The story of these fundamental features of our universe is called physics.

Notice how Harari’s conversational style, his use of short words — as well as short sentences and short paragraphs — makes the writing anything but dull. Quite the opposite, it’s the plain language in these texts that impart life, energy and interest.

3. The audience can use the information.

In Made to Stick, authors Chip and Dan Heath explain why some ideas survive and others die. Among the six traits of “stickiness” they explore is concreteness. Concreteness, they say, makes abstract ideas clear, understandable and memorable.

I thought about concreteness recently when I saw an ad campaign in The Globe and Mail for “physical literacy.” Although I had some vague sense of what physical literacy might be, I Googled it to find out more. Apparently physical literacy is “the ability to move with competence and confidence in a wide variety of physical activities in multiple environments that benefit the healthy development of the whole person.” Not, I might add, a plain language definition, but there you are.

As a runner and cyclist, I’m all for getting physical, but headlining  “physical literacy” in a public service ad campaign misses the mark, in my view. I can’t imagine someone saying, “I’m going to get physically literate today.” It’s too abstract. Too academic.

How about: “Get moving”, “Get a move on”, “Move it or lose it”? I’m sure the advertising geniuses who specialize in ad copy could come up with something even better than my suggestions, but here's the thing, if the intended audience is going to use that information, they need to be able to quickly understand and relate to it.

I feel much the same way about Ontario’s COVID-19 colour coding system. Introduced last November, the framework allows the Government to rank health units across the Province based on COVID case numbers and trends. Starting with Green (also known, somewhat confusingly, as Prevent), the coding moves to Yellow (Protect), Orange (Restrict), Red (Control) and, finally to Gray (Lockdown).

Really? Gray for lockdown? The worst possible situation? I don’t know about you, but gray is not the colour that immediately springs to mind when things are really bad. Gray is most commonly associated with neutrality, indifference, in-between-ness (think “gray zone”). Granted, gray is also associated with boredom and depression and sex (as in 50 Shades Of...), so maybe that’s what the Ontario Government was getting at. That said, gray is not the intuitive choice, and overall, the coding system is overly complicated and not concrete enough to remember easily.

So, with apologies to Burt Bacharach, what the world needs now (apart from faster vaccinations) is simpler, clearer, more human communication. Let’s all commit to plain language in 2021— and, I promise, all the other global problems will be solved.

Remember this:
Put your audience first: Use plain language to ensure they can find, understand and use the information they read.